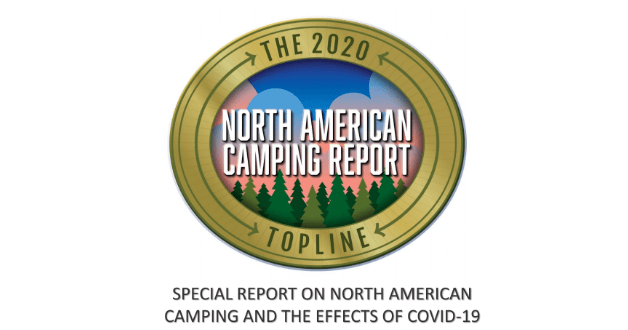 There is no doubt that the COVID-19 crisis has had a significant impact on the RV park and campground sectors. Some states are loosening stay-at-home orders and are allowing park owners to open to transient campers, but still, many owners are left wondering when they may be able to open their doors for the summer season.

Normally, Billings, Mont.-based Kampgrounds of America Inc. (KOA) would be releasing its annual North American Camping Report in early May. Administered by Scott Bahr, of Cairn Consulting Group, the report is filled with statistics and key measurements on the state of the RV park and campground sectors. Making it a vital tool for owners as they gage future trends and look to add new amenities.

However, as KOA was putting the final touches on the 2020 edition the COVID-19 crisis flipped the script and Toby O’Rourke, CEO and president of KOA, told Woodall’s Campground Management (WCM) that the company realized the data wasn’t as relevant given the impact of the coronavirus on the outdoor hospitality industry.

The solution was to go back with new questions related to the COVID-19 crisis and release a special report aimed at tackling individual attitudes towards camping during the current pandemic.

“We wanted to explore the camper mindset and understand what their feelings and intentions are when it comes to camping as more restrictions are lifted,” O’Rourke explained. “We wanted to know where their comfort level is at and how they feel about camping in terms of safety.”

The Special Report: North American Camping and the Effects of COVID-19 also layers in general leisure travelers, individuals that might not fit the camper definition, to see how their mindsets have changed towards camping as well.

“With the COVID-19 crisis we could see those numbers increase, but that depends on what happens over the next six months or so,” she added.

O’Rourke highlighted the fact that one-third of non-campers now say they are interested in camping due to the COVID-19 crisis.

“We could be poised to see some big increases in new camper numbers over the next year depending on how the current crisis plays out,” she said.

Diving more into the impact of the COVID-19 crisis, the report highlights that 41% of campers still intend to take their planned camping trips in 2020, with 21% saying they have canceled their trips.

“We also can show that 13% have just postponed their trips for this year, so they haven’t canceled them yet,” O’Rourke noted. “That is pretty positive for the industry and it will be interesting to see what shifts reappear when we rerun this research.”

Twenty-nine percent of campers plan to camp as their first trip once restrictions are lifted, 17% of leisure travelers planning to do the same thing.

“When you have almost 20% of general leisure travelers saying camping is going to be the first thing they do when restrictions are lifted, I think that is really positive for our industry,” O’Rourke said.

“This is one of the most important pieces of data in the report,” O’Rourke explained. “We asked about a ton of different things, and we are never going to be able to guaranteed complete safety at a campground, but to see camping ranked so high I think it is positive as individuals begin to look at traveling again as restrictions are lifted.”

Camping, glamping and road trips are also poised to replace other types of trips in 2020 as people cancel cruises and overseas trips, notes the report. Forty-seven percent of campers plan to replace a canceled trip with a camping trip, while 30% of leisure travelers plan to do the same.

Road trips are also poised to spike as 28% of campers and 30% of leisure travelers plan to replace a canceled trip with a road trip in 2020.

“It is interesting to see the interest from non-campers in taking a road trip,” O’Rourke noted. “We have been seeing road trips trending upwards over the past couple of years. Depending on where your park is located and who you are serving it does shift your marketing message a bit. It depends on a person’s definition of a road trip. Our research has shown that people tend to camp closer to home — 50% within 200 miles of home — so that definitely fits within that framework of a road trip, where people are looking for a place to stay.”

The report also shows that campers are eager to go camping, with one in five campers saying they would camp now if able and 29% planning to go within the first month after restrictions are lifted.

“The data shows that 45% of campers would go camping within the next month or two if restrictions were lifted,” O’Rourke said. “It is important to note that those restrictions are going to lift at different times for different places. We can’t predict that number across the board, but it’s definitely encouraging to see that when those restrictions lift half the campers would be ready to go within the next one to two months. I think that feeds into the idea that we are going to see a good spike in camping once people are able to go.”

“Unemployment levels are the highest since the Great Depression, so of course that will have an impact on everything we do,” explained O’Rourke. ‘But in many regards camping is an affordable activity and I think it can be an affordable option for people versus other types of vacations.”

“I think those cabin and RV numbers are pretty interesting given that those two categories secured one-third of first-time campers,” O’Rourke said. “It could potentially grow through this crisis because people may still want to get outdoors, but maybe they can’t tent camp, so it does push them towards those areas.” 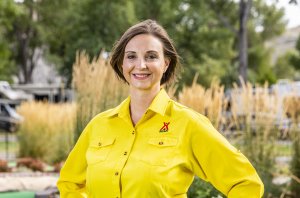 Camping closer to home and potentially at less crowded destinations. Seventy percent of campers say they plan to camp closer to home than they did before COVID-19. Campers (68%) also say they are more willing to travel to less popular locations in order to avoid overcrowding such as national parks or national monuments.

The bathroom factor. With concerns over the safety of communal facilities spiking from COVID-19, the importance of having a private bathroom in a cabin or RV is now very important to campers (63% of current campers and 44% of prospective campers). About half of campers and prospective campers say the availability of private bathrooms in a cabin or RV will influence where they stay.

“Bathhouses will always serve a role at a campground and they consistently rate as one of the most important amenities at a park when we do our report,” mentioned O’Rourke. “What I think this crisis could do is spike interest in renting a cabin with a bathroom or in potentially renting or even purchasing an RV.”

Increased interest in RV ownership. The health and safety concerns spiking from COVID-19 are also driving an increased interest in RV ownership. Twenty-nine and twenty-three percent of campers say they are much more likely or somewhat more likely, respectively, to consider purchasing an RV. Interest is highest among Gen X (41%) and Millennials (33%).

Potential to extend the camping season. Depending on the circumstances, including whether schools remain closed and/or people continue to work remotely, 38% of campers say these factors could definitely allow them to extend their camping season or camp more often. This increases to 45% for campers with children in the household.

Written by Ben Quiggle for Woodalls Campground Management, May 11, 2020