After recently covering a convincing little Toyota Sienna minivan camper from Colorado’s Oasis Campervans, we figured someone out there must be creating gas-electric mini campervans built on the Chrysler Pacifica Hybrid. We found one in the Illusion Hybrid from 5 Mars RV. The Quebecois company marries its expertise in creating small, cozy camper vans with hybrid technology, creating a playful but efficient camper van optimized for long-mileage tours.

Truth be told, it wasn’t the 2018-launched 202-inch-long (513-cm) Illusion Hybrid that stirred our interest in 5 Mars. We initially saw a photo of one of its other camper vans, a bright, colorful Ram ProMaster-based Imagine much like the one pictured below, and had to hunt it down for a closer look. In researching the company a bit, we found out it has a full lineup of compact camper vans built on Fiat-Chrysler vehicles like the ProMaster, Pacifica and Dodge Grand Caravan. 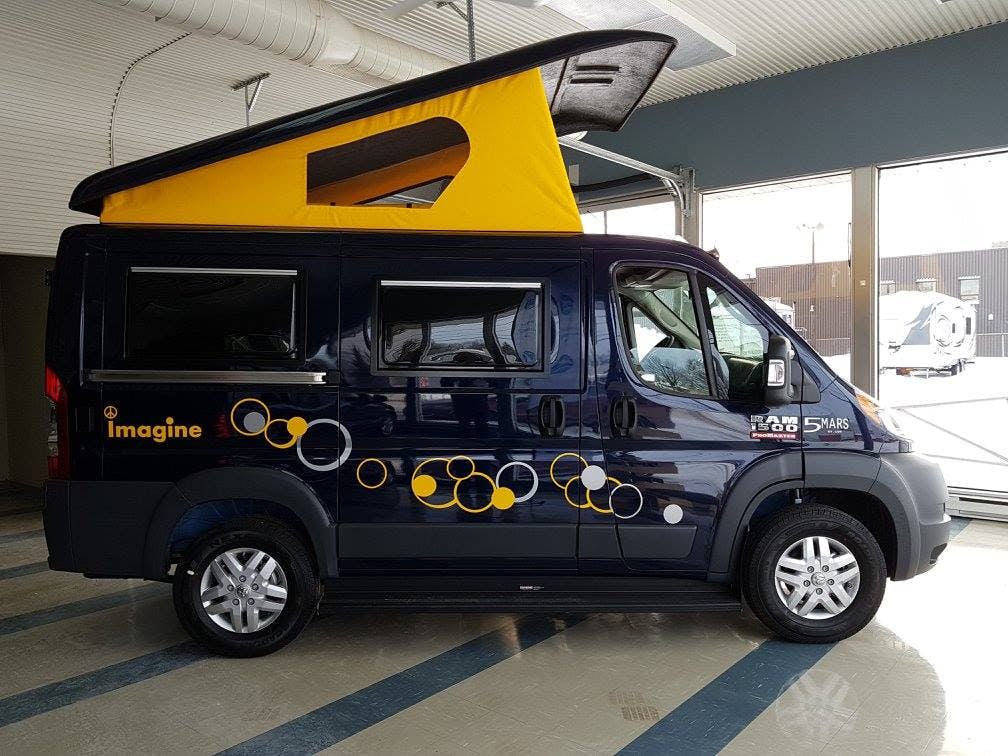 With compact minivan packaging, vibrant colors and fairly affordable pricing, 5 Mars vans are some of the coolest little camper vans we’ve seen this side of Europe. And perhaps none is cooler than the Illusion Hybrid, a rare camper van with hybrid powertrain, something we’ve previously seen only on a select few models, like the Eco Explorer.

The 2019 Chrysler Pacifica Hybrid features a 3.6-liter V6 engine paired with an electric drive for up to 260 hp of total system output, up to 32 miles (52 km) of pure-electric driving, an EPA-estimated fuel economy of 82 mpg-e, and up to 520 miles (837 km) of total gas/electric range. So you can tiptoe through the city quietly and completely emissions-free, before opening things up and traveling straight to your destination without stopping every 100 or 150 miles (160 or 240 km), as you would have to do with a pure-electric camper van or motorhome.

As far as interiors, 5 Mars specializes in simple, classic VW-inspired pop-top designs. The Illusion Hybrid includes a folding two-seat rear bench next to a compact kitchen block. The bench drops flat into a 42 x 72-in (107 x 183-cm) bed for two, and the kitchen includes a dual-burner stove, stainless steel sink and 37-L refrigerator. 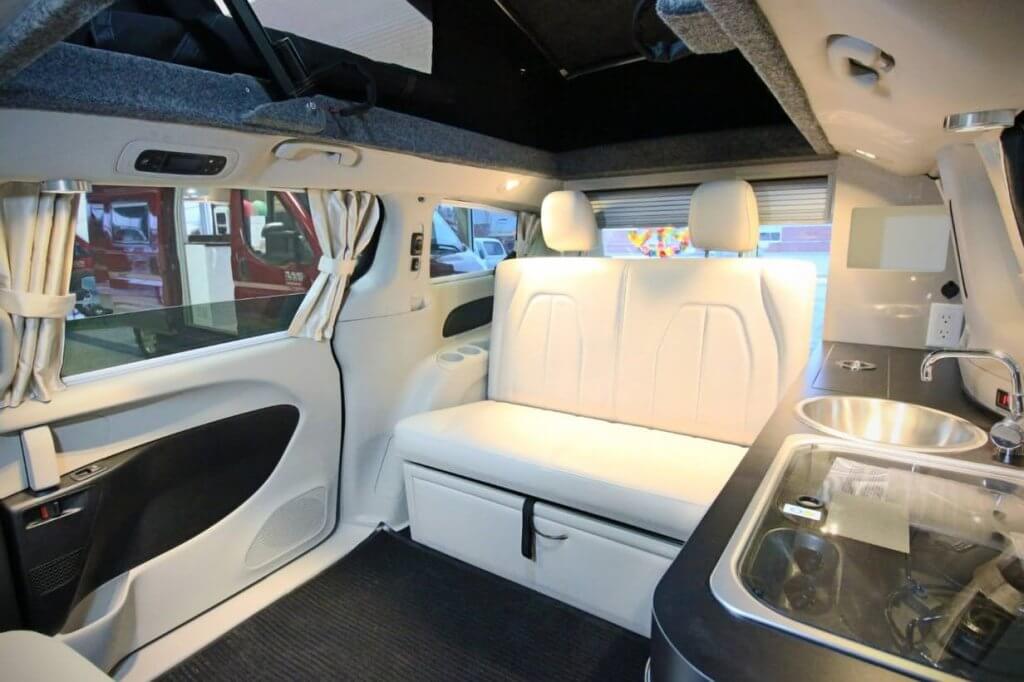 We know, we know … that’s not quite the affordable pricing we mentioned above, but 5 Mars’ greater lineup starts at CA$46,900 (US$34,875) for the light, kitchen-less Dodge Grand Caravan-based “Weekend” sleeper van, a base price well lower than what we’ve become accustomed to seeing on North American camper vans. 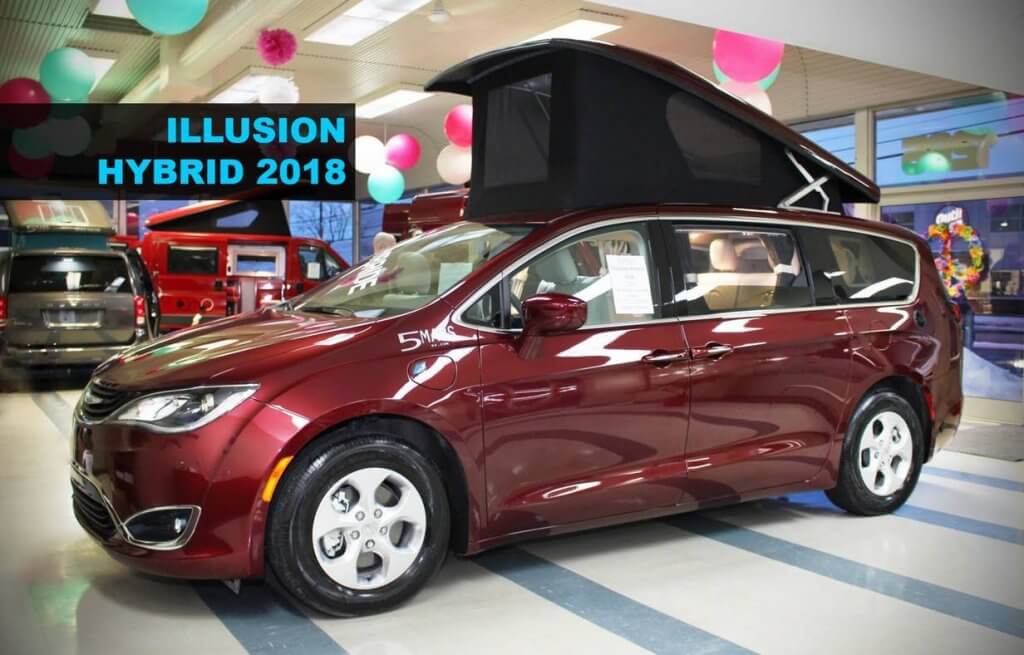 The Illusion Hybrid may not be quite as much an everyday driver as camper vans with removable furniture and rearrangeable seating, but its hybrid powertrain does give it the ability to commute without paying too much of a penalty for being an equipment-loaded camper van. With a permanent bench, it seems like it could be a pretty capable everyday/holiday driver for couples or small families.

The Illusion Hybrid’s spec sheet does not include any mention of a roof bed option, relying on the pop-top more for increased headroom. Those looking for a proper 5 Mars four-sleeper will instead want to check out the ProMaster-based Imagine we mentioned earlier. 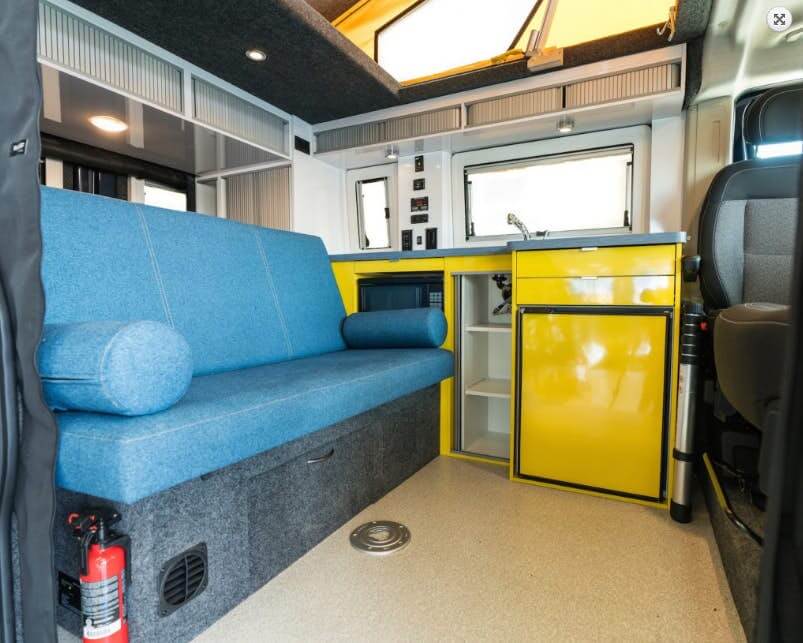 The greater interior is a bit homier with its rear bench with sofa-style armrests, dual swivel driver cab seats, and more fully equipped kitchen with microwave, dual-burner stove and 70-L fridge. There’s also a rear outdoor shower and cable TV hookup, not to mention some seriously vibrant color options, as you can see above.

The Imagine starts at CA$92,900 (US$69,050) with a 280-hp 3.6-liter V6-powered ProMaster, Uconnect infotainment system and rear-view camera.
Since we don’t see any evidence of 5 Mars distribution in the US, we sent the company a message to double-check. We haven’t received a response as of publishing, but we’ll update if we receive a definitive answer. 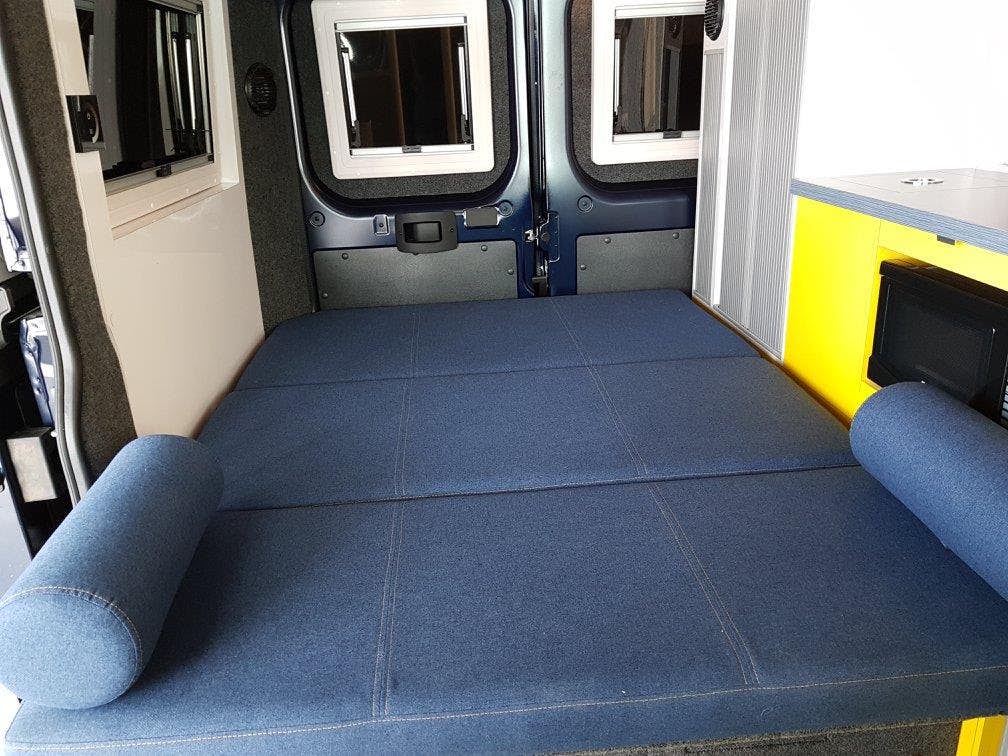 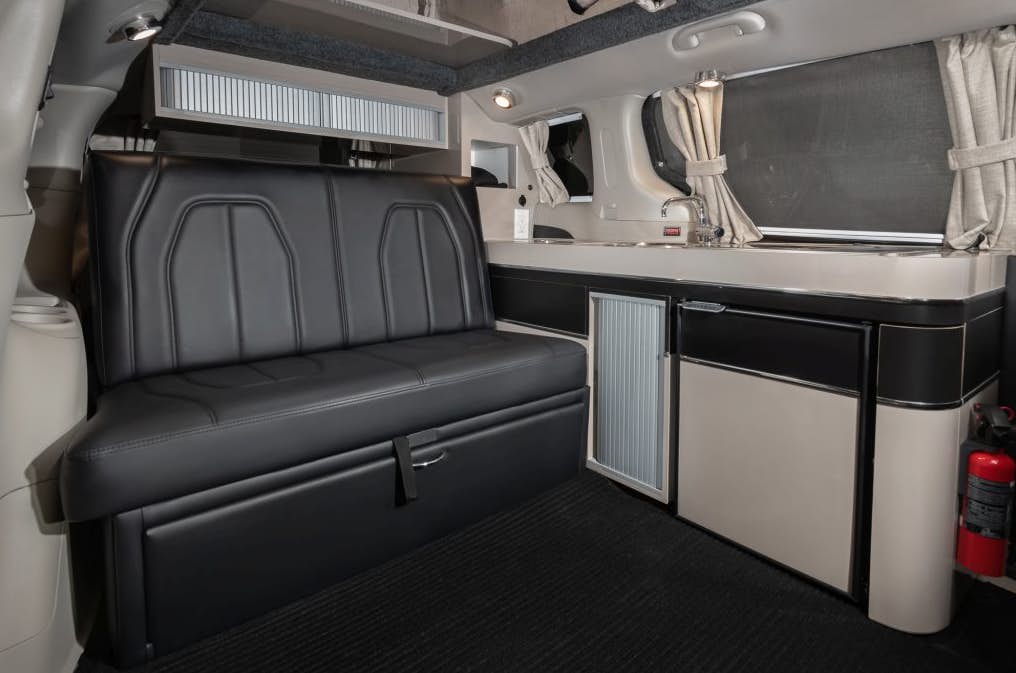 Inside the 5 Mars Illusion Hybrid 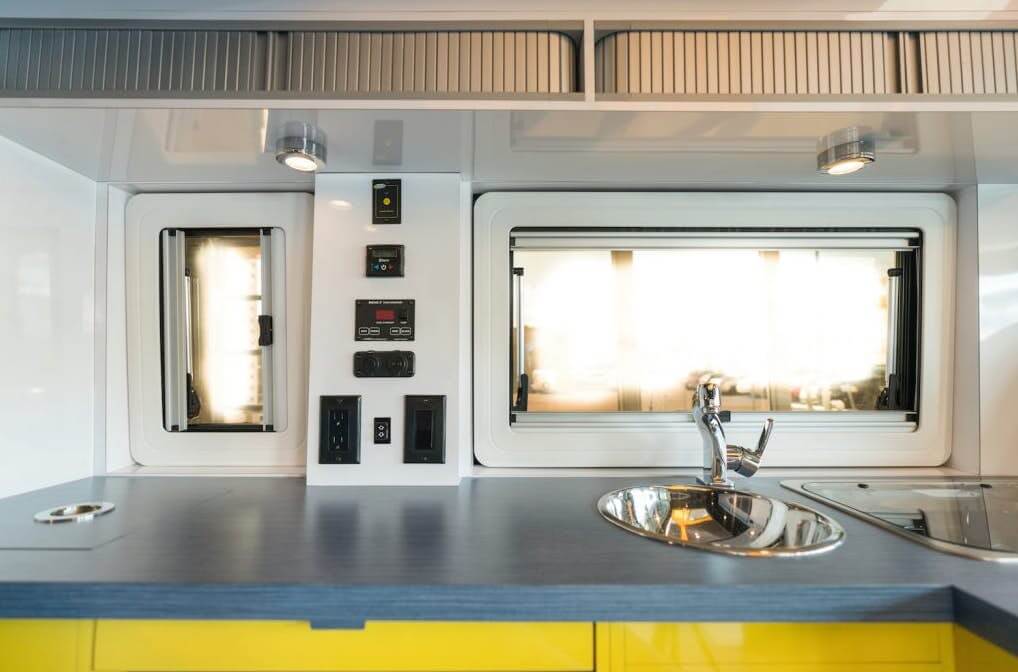 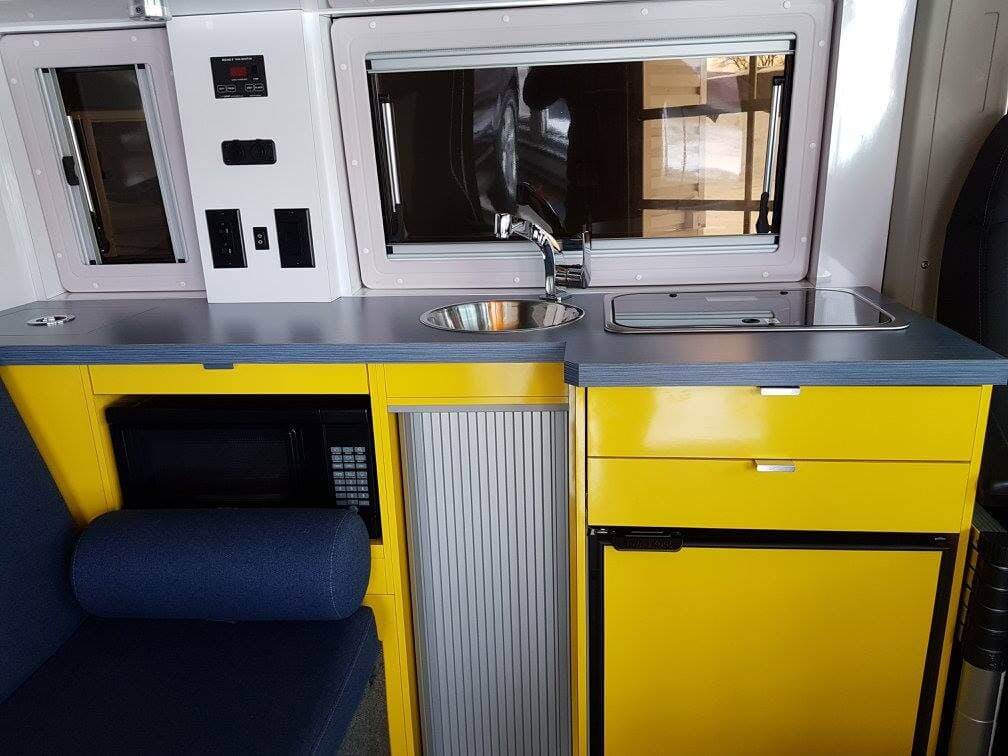 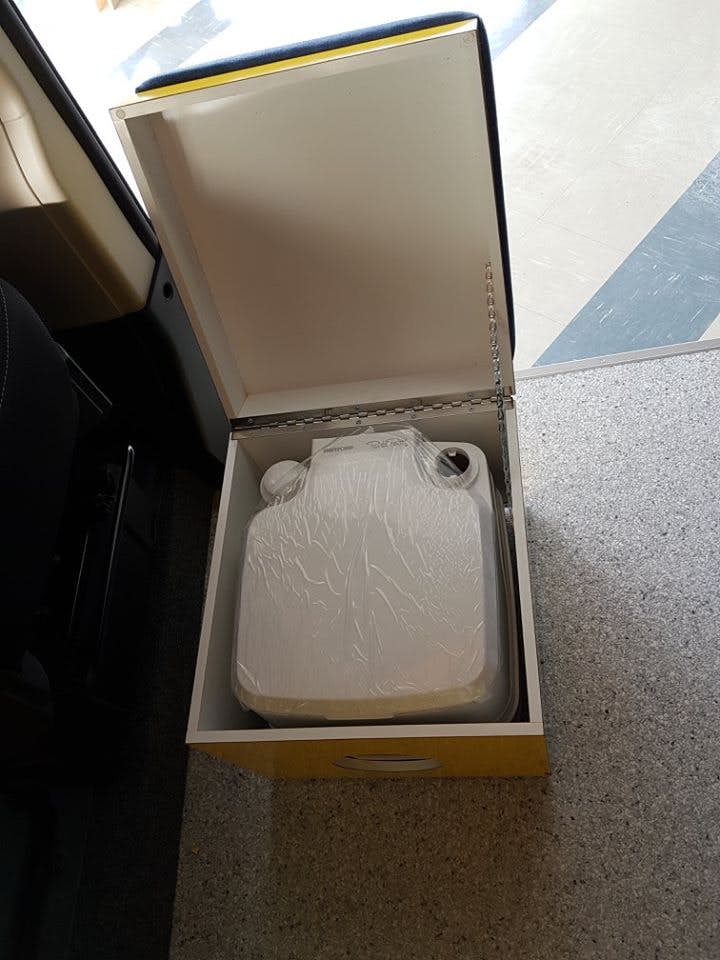 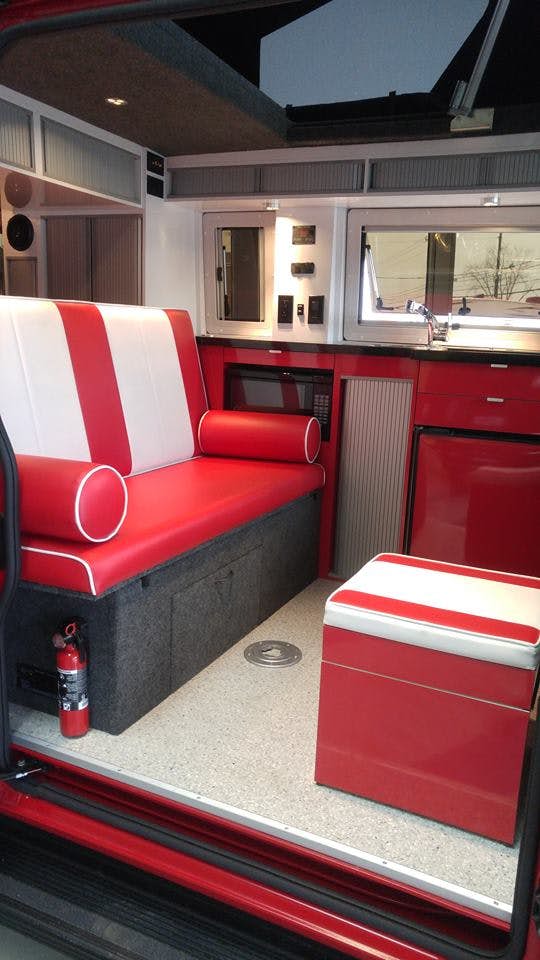 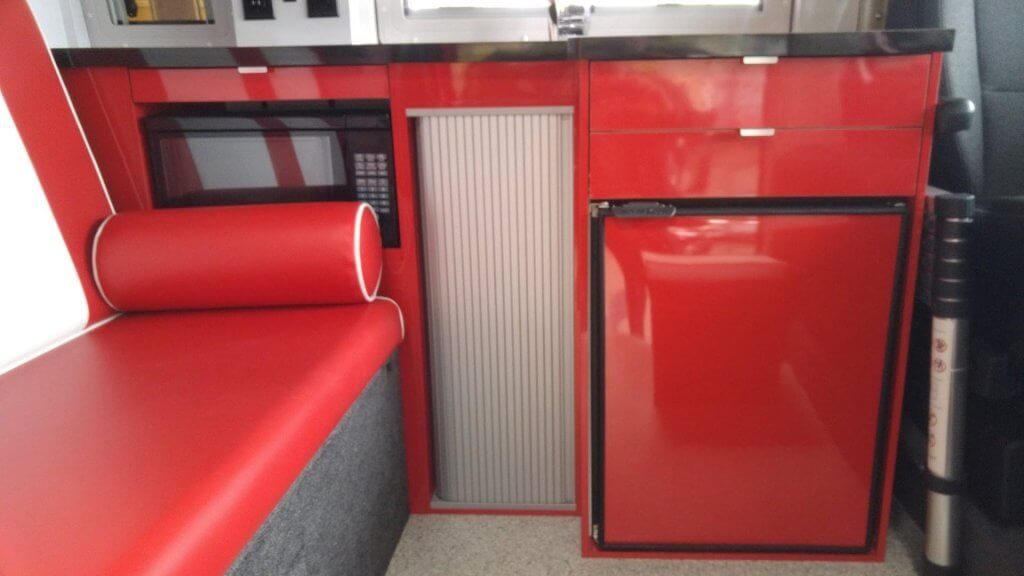 This particular 5 Mars Imagine interior looks like a 1950s diner 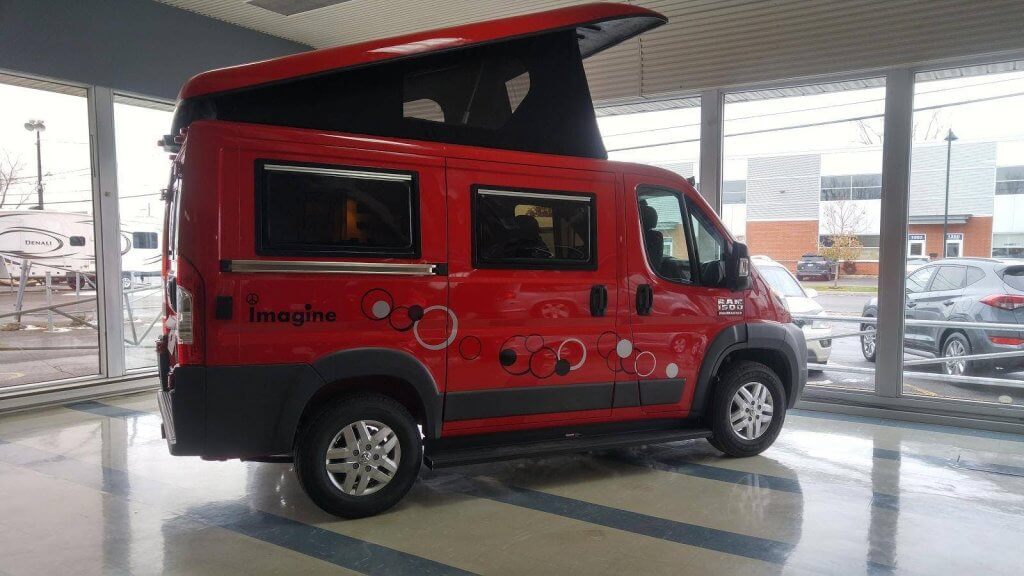 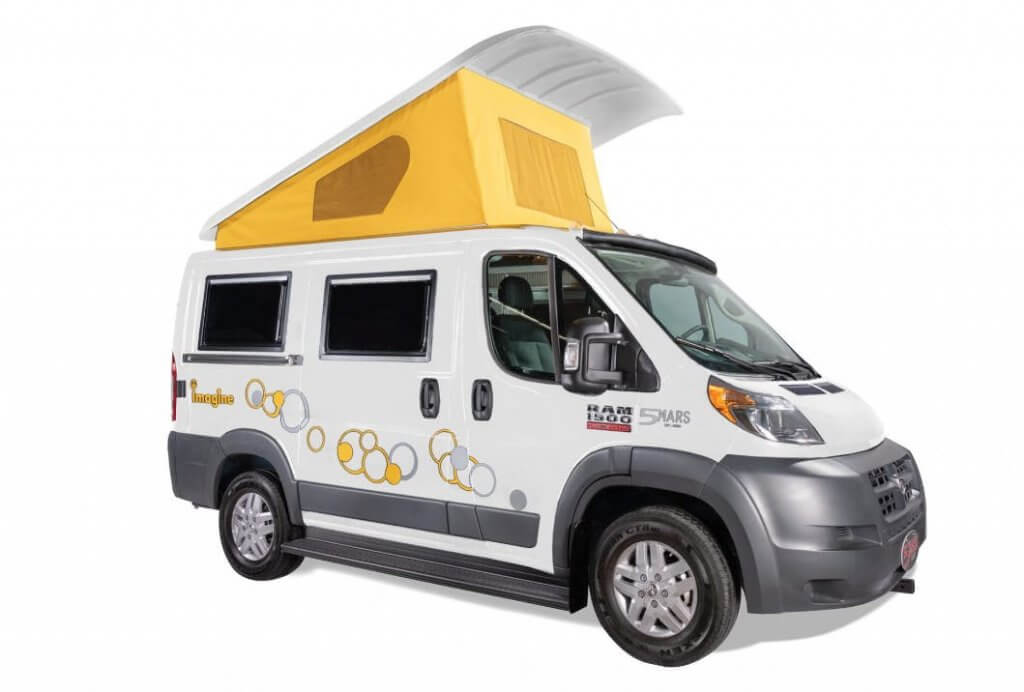 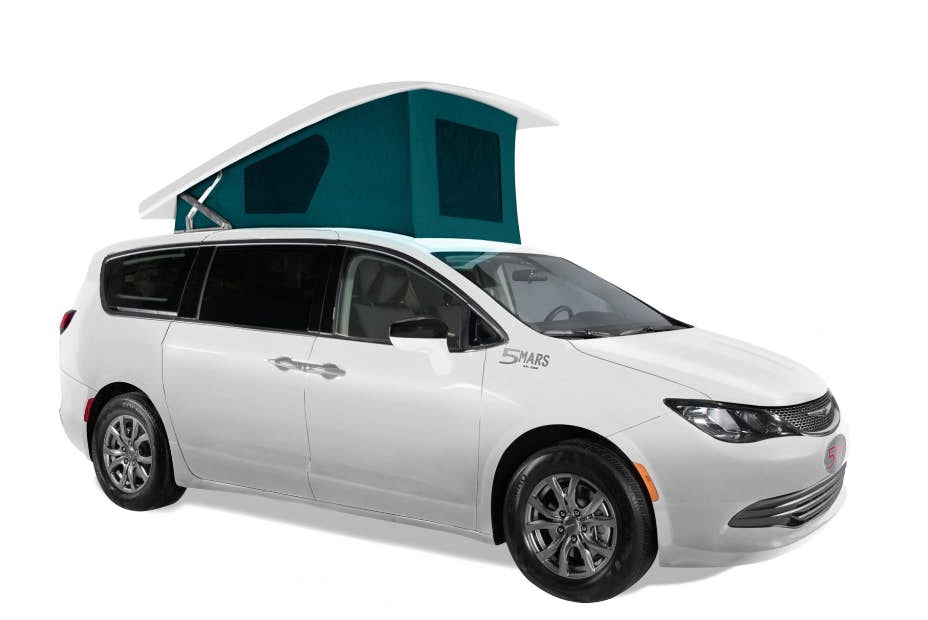 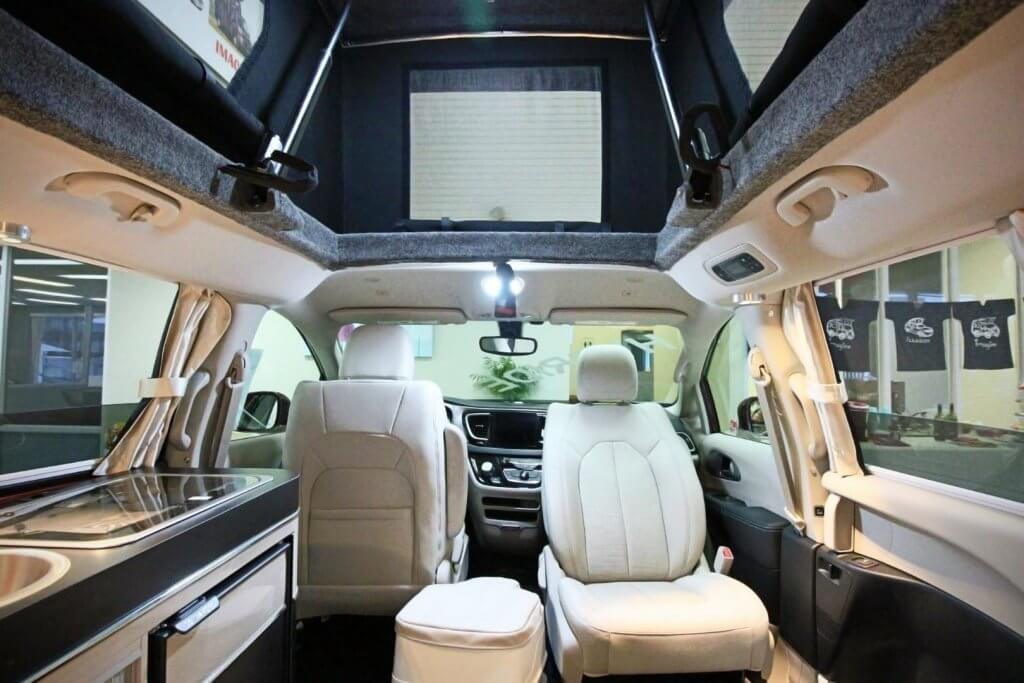 The swiveling passenger seat in the 5 Mars Illusion Hybrid 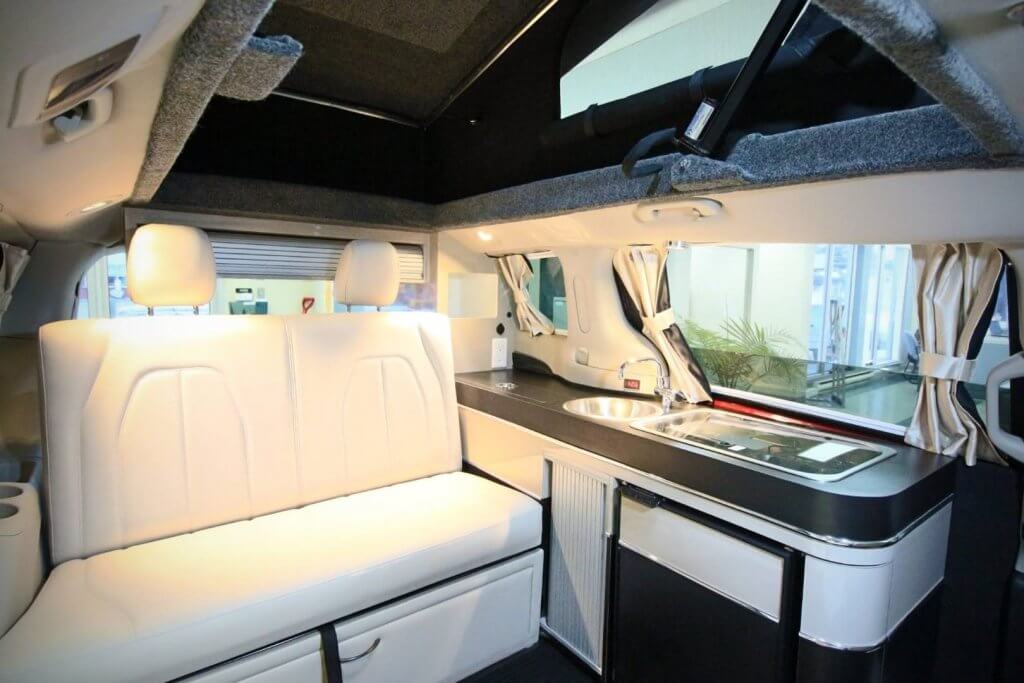 The 5 Mars Illusion Hybrid has a simple, two-sleeper interior with small kitchen block and convertible bench/bed

Previous Article Ways To Save Money On Your RV Road Trip
Next Article Survey: Travel Trailers And Class C’s Most Popular RV Rentals