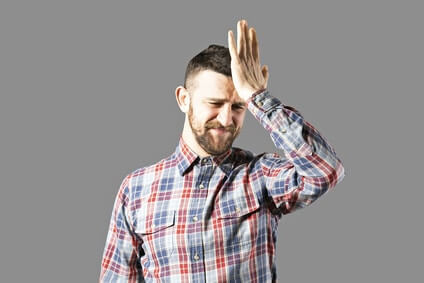 Many times when people buy a new or even used RV, they are handed a box of manuals, pamphlets, brochures and papers. Then someone pats them on the back and wishes them luck on their adventure.

Even if you took the time to read all those manuals, you’re still prone to making newbie mistakes. That’s because the learning curve is steep when trying to figure out the RV lifestyle. Often, you don’t even know what questions to ask in order to educate yourself on what to do and, more importantly, what not to do.

Experience is often the best teacher.

As a journalist who covered the RV industry since 2000, my mind was filled with lots of book knowledge, but I had very little practical experience before I hit the road full time in 2014 to embrace the RV lifestyle.

Every day, I learned something new, but most of my errors were centered on towing.

For example, I bought a tow bar and had it installed on my Jeep so that I could pull the car wherever I traveled. When I went to pick it up at the dealership that installed the equipment, I wasn’t given one instruction how how to tow the car. I was told to consult the owner’s manual or call a Jeep dealer. So I dragged it, tires squealing, the two and a half miles back to my house.

That fix was easy. The keys had to be kept in the ignition with the switch turned to Auxiliary in order to prevent the steering wheel from locking up. But, the answer was revealed only after I had experienced the problem — and it was provided by the Jeep dealer, not the RV dealer.

Nobody ever told me that it was impossible to push a towed car backward — even when it was in neutral — if I ever needed to change directions. But I learned that lesson the hard way at the end of a dead-end street.

Fortunately, I did not bend the towbar in the process. But, unhooking an car in the rain, and navigating a 35-foot motorhome through a K-turn on a two-lane street only to hook up the car once again, is something that makes the best memories.

The most embarrassing newbie mistake I ever made occurred at a KOA in Kansas City, Mo.

For weeks prior to that moment, I frequently struggled to unhook the car from the motorhome. It was so tightly bound that it was extremely difficult to remove the pins from the tow bar to release the car.

Had I been trained, I would have known to just move the car forward a few inches to release the pressure on the tow bar. But, you don’t know what you don’t know. I thank whomever the stranger was who taught me that lesson at a campground a few weeks later, but after I had already made a huge mistake.

On this fateful day, I had just completed an eight-hour journey and arrived at the campground exhausted. After checking in and being escorted to my site, I was anxious to get unhooked so I could drive somewhere to get some food.

But, when I tried to disconnect the car, once again I could not get the pins out of the towbar.

Aha, I thought, I could go into the motorhome and get a hammer and screwdriver and bang the pins out! It worked before, it would work again.

The first pin came out rather easily with about a dozen taps on the top of the screwdriver to entice the pin out.

The second pin was much more stubborn than usual. It needed a lot of persuasion, if you catch my drift.

Tink-tink-tink, I slowly banged the pin from its snug home. Eventually, it landed on the ground — and that’s when I realized why it was so hard to remove.

As the Jeep started to roll away, I realized it was parked on an incline and your’s truly had forgotten to apply the break or put the vehicle in park.

I grabbed the hitch bar on the front of the Jeep and pulled with all my might to keep the 2,000-pound vehicle from rolling down the hill into the two fifth wheels that were parked about 50 feet away.

I desperately looked for someone to help, but to no avail. Where is a noisy neighbor when you really need one?

Then, inspiration struck. It was truly a thought of genius. My Jeep had an auxiliary braking system installed.

All I needed to do was release my grip on the hitch bar, run around and open the driver’s door, reach in and push the button to test the brake. That would buy me enough time to climb in and stop the car.

There was a time delay of a few seconds between when the button was pressed, and when the brake was applied — and then it was only applied for a half-second before it was released.

The car was picking up momentum as it hurtled toward the disaster which was about 40 feet away.

Because the auxiliary braking system took up 90 percent of the floor space under the steering wheel, there was no easy way to jump in and press the brake pedal.

So, I flung myself into the front seat and turned the steering wheel as far to the right as it could go, and rode helplessly in the dead car as it made its way down the driveway, onto the road and to a dead stop with the help of the emergency brake when momentum had slowed.

Now in desperate need of a change of clothes, I put the car in park and walked away as though all this activity had been planned from the start.

Fortunately, I still didn’t have an audience.

However, the tire tracks left by the wayward Jeep showed that it had missed the power pole connected to one of the fifth wheels by just a few inches.

Recommitting my life to God, I started the Jeep and drove it behind my motorhome, applied the brake and called it a day.

Never again did I unhook the Jeep without making sure it was in park with the emergency brake applied, too.

Thinking back, I realized I could have pulled the breakaway pin on the hitch to — supposedly — stop the car that way. However, that may only work to stop a car from going forward, not backward.

I also realized that I could have asked another RV owner for advice as to why the pins were so difficult to remove. Perhaps I had been failing to put the Jeep in park for weeks, but didn’t notice the problem because the campsites at which I had been staying were on completely level ground.

The moral of the story is this — Don’t be afraid to ask stupid questions. Most people are happy to help newbies. Remember, bruised ego is nothing compared to the disaster of crumpled property or shattered bones.

Written by Greg Gerber for the RV Daily Report, March 3, 2019