A highly popular and sought-after Vintage travel trailer we are reposting for your perusal. Shasta’s Airflyte is still very popular in searches and (hopeful) purchases. Their reissue included lots of current updates that are, 3 years later, still very useful and current enough for most of our current technology as well. Enjoy the original overview and video walk-through at the end by Shasta’s owner. 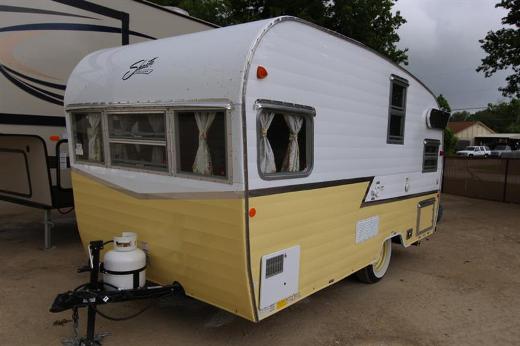 For 2015, Shasta has created a nearly exact replica of it’s iconic 1961 Shasta Airflyte 16SC Travel Trailer complete with the legendary Shasta wings! Shasta started in 1941 and to commemorate their 75th anniversary they are producing a limited construction of 1,941 trailers and will be available in all three original colors; Matador Red, Seafoam Green, and Butternut Yellow. 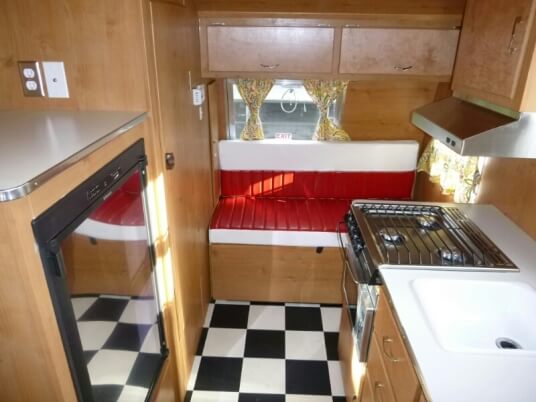 Shasta has paid close attention to duplicate every small detail down to the original Shasta logo magazine rack. The new Shasta Airflytes will also feature an all-in-one bathroom with a toilet and shower in place of the closet to meet the desires of today’s campers. 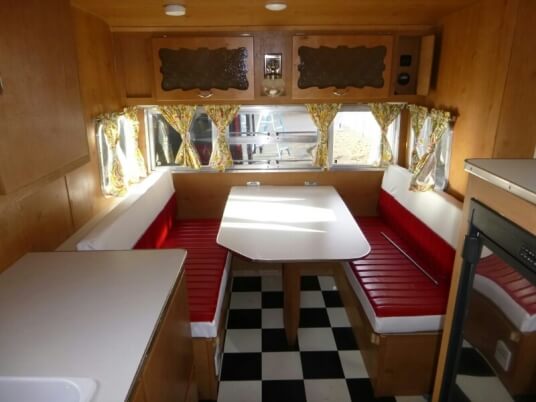 The Airflyte “canned ham trailer” has a vintage interior that remains close to the original, but with all modern appliances and plumbing. Some tweaks have been made though: for example, instead of a twin-size bed, the reproduction accommodates more people by allowing for a full bed. A bunk bed option is also available. This will feature the same full bed/dinette and bunks.

It comes with a dog-bone pattern Formica on the counter tops, and birch cabinet doors, as well as LED lighting. Tuck-and-roll pleather matching the exterior color, that looks old, is on the bench seating in the dining area. The floor is also made of black-and-white vinyl. 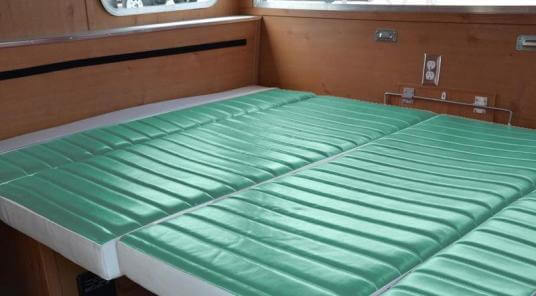 This new travel trailer boasts tons of storage throughout with sleek finishes! The Shasta weights roughly 2,270 pounds, making it easily tow-able behind most SUVs, sedans, and mini vans. So, enjoy the finer things in life with this 2015 Shasta AirFlyte 16. 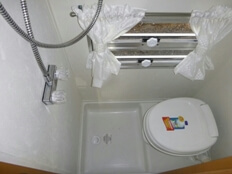 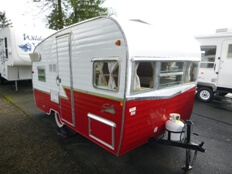 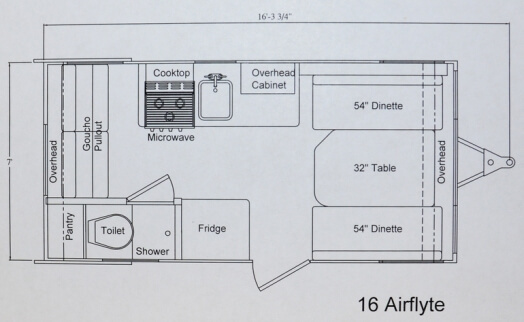