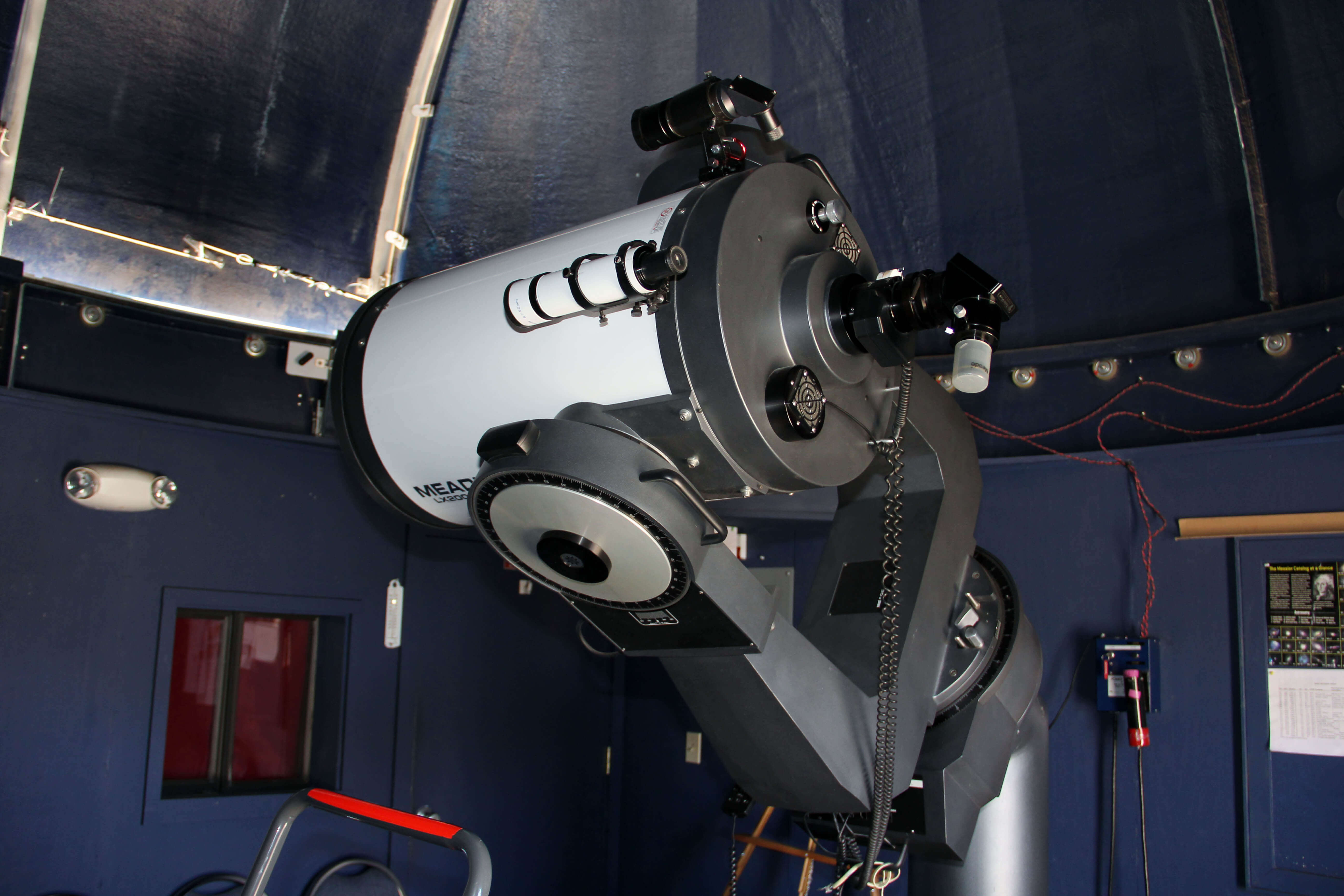 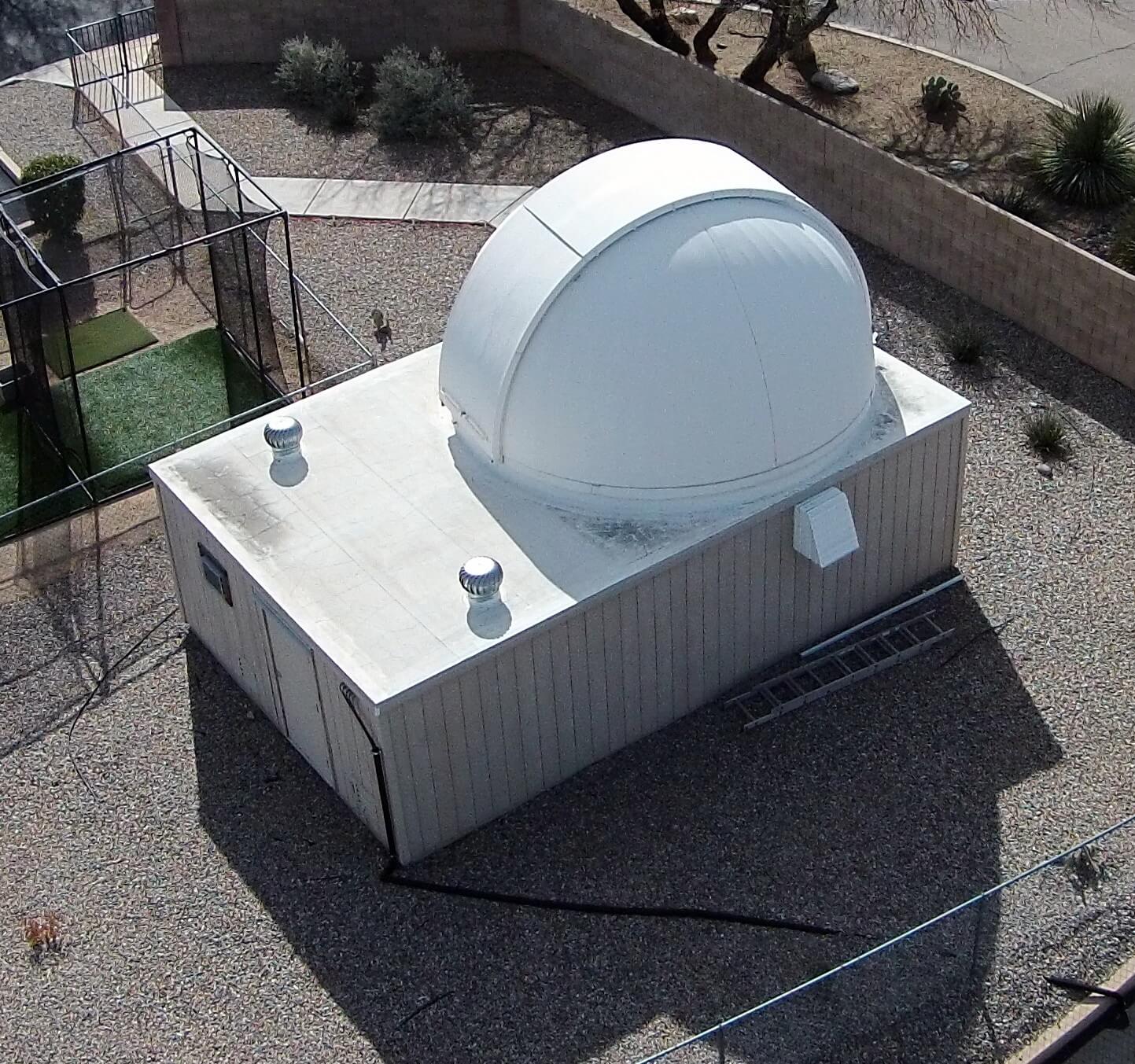 SOUTHEAST ARIZONA RV PARK OFFERS SNOWBIRDS UNUSUAL NIGHTTIME ENTERTAINMENT: NIGHTLY STAR TALKS IN AN ASTRONOMICAL OBSERVATORY WITH A 16-INCH TELESCOPE BENSON, Ariz., Fall 2015 — The historic Western mining town of Tombstone may be the best known tourist attraction in southeast Arizona. But this arid section of Sonoran desert is also considered one of the best areas of the country to view the night sky.

It’s so clear in this part of the country that it’s home to nearly two dozen astronomical observatories, including Kitt Peak National Observatory, Mount Graham International Observatory, the Smithsonian Institute’s Fred Lawrence Whipple Observatory on Mount Hopkins as well as Steward Observatory at the University of Arizona at Tucson. “We have observatories spread atop the mountaintops in this area like salt and pepper,” said Ken Klein, an amateur astronomer who moved to Butterfield RV Resort in Benson from Seattle in early 2012. But while southeast Arizona’s observatories draw tourists from across the country and around the world, Klein doesn’t have to drive to see for himself.

Butterfield’s 173-site RV Resort, is located 23 miles from Tombstone, and has its own observatory, complete with a 16-inch Meade University Grade telescope, nightly star talks throughout the fall and winter months, weather permitting.

“We look at planets or star clusters,” said Klein, one of two self described “astronerds” who host the star talks, which are provided free of charge to park guests. “Right now, we’re looking at the Andromeda Galaxy, which is 2.5 million miles away. We’re also looking at the planet Uranus and at globular clusters of stars just outside the Milky Way.”

Klein said the star talks focus on different areas of the sky as the Earth moves to different locations around the sun. “Over the course of a month, we’ll look at a number of different objects,” he said. “We will look at planets and nebulas, which are interstellar gas clouds.”

As many as 18 people can fit inside the observatory at a time. The groups are limited in size so that everyone can have a chance to peer through the telescope to see the topic of the night’s discussion.

“Sometimes in winter we’ll have two shows a night,” Klein said, adding that the talks start in early evening and usually conclude by 9 p.m. “We look at whatever happens to be the most interesting things in the sky in the early evening,” he said.

Klein said the RV park has had an observatory since 2001. “The originally people who built the park in 1999 were amateur astronomers,” he said, adding that they built the facility for their own private use.

But RV park guests were so interested in peering through the telescope and seeing the inside of the observatory that a decision was made by subsequent RV park owners to make it open to park visitors. “Most people have never looked through a big telescope like this before,” Klein said, adding that telescopes of its size are typically only found at major universities.

Word about Butterfield RV Park & Observatory is spreading, however. The park is attracting snowbirds from across the U.S. and Canada, many of whom come specifically to check out the observatory.

The observatory, in fact, is what lured Klein to take a job working at the park. While he spends some of his time in the office, his evenings are spent hosting star talks with the newcomer, Lance Hatch, another amateur astronomer.

“It’s the most fun job you can imagine,” Klein said, adding that he’s always been an astronomy buff. “I was one of those kids that grew up during the NASA moon landings. I was always interested in it.”

Butterfield RV Resort is an award winning member of the Arizona Association of RV Parks & Campgrounds, having won Medium Size Park of the Year awards in 2006, 2007, 2008 and 2015. The association represents campgrounds, RV parks and resorts across the Grand Canyon State. The association also promotes tourism to Arizona through its website at GoCampingInArizona.com and its printed campground and RV park directory.