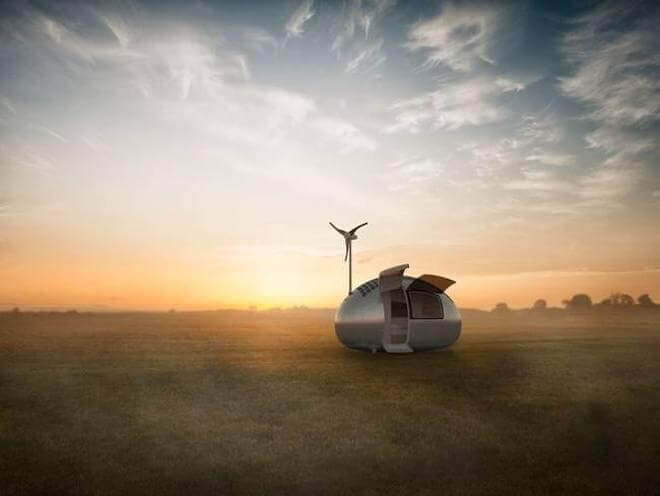 “DWELLING WITH THE SPIRIT OF FREEDOM”

Science fiction and tiny-living have come together in a incredibly creatively pimped egg. The wonder of this innovative Ecocapsule dwelling is that it’s self-sustaining, low energy, and portable that allows the dweller to live off-grid anywhere in the world that gets at least a pretty decent amount of sunlight.
Conceived by Slovakian studio Nice Architects, the approximately 15-foot-long-by-8-foot-wide shelter is powered by a 750-watt wind turbine, a 28-square-foot array of high-efficiency solar cells, and a 9,744-watt-hour battery. The designers claim that the 86-square-foot space, which comes with typical micro-living amenities like a kitchenette, shower, a composting toilet, built-in storage, a folding bed, all-purpose counter space, it will fit two people comfortably.
The Ecocapsule includes a rainwater collection and filtration system, and could potentially help serve disaster zones, charge up electric vehicles, or facilitate a small-scale hotel. A prototype made its debut today (May 28, 2015) at the 2015 Pioneers Festival in Vienna, Austria, and the plan is to start taking orders at the end of 2015. Pricing details, though, won’t be released until then.

The designers have stated that the cost of Ecocapsules would be “competitive” with that of “RV and mobile houses with similar performance.”

First public display of the Ecocapsule will be during Pioneers festival in Vienna (28-29th May 2015). Later it will be displayed in Slovak national pavilion at Expo 2015 (TBA).

Status of the project? They finished the functional prototype and they are currently busy with preparation of the production.

When will be Ecocapsule available for purchase? They will start taking pre-orders in the last quarter of the 2015. They then expect to start delivering first produced units in the first half of the 2016.

Camper version? They are still developing chassis for the capsule and hopefully they will be ready in late 2016.

Custom versions? They will be initially offering one version of the Ecocapsule. Later they will extend their offer with more customization options. 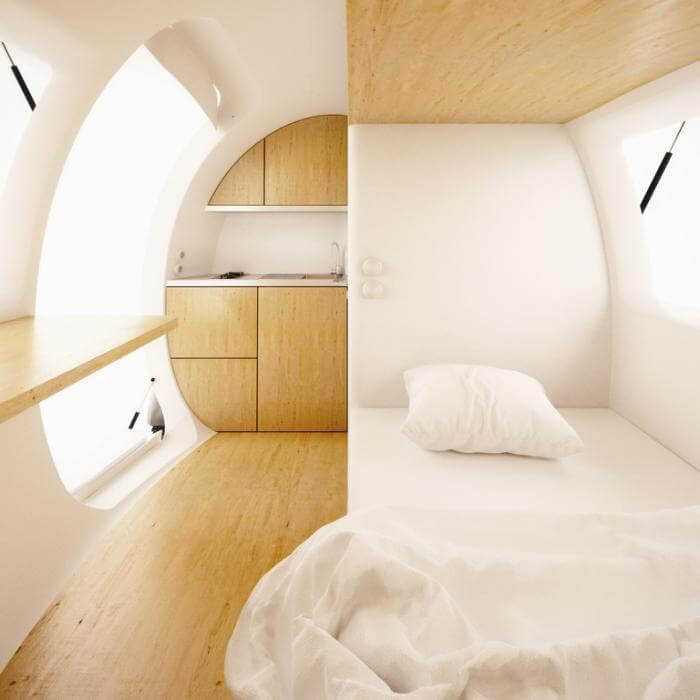 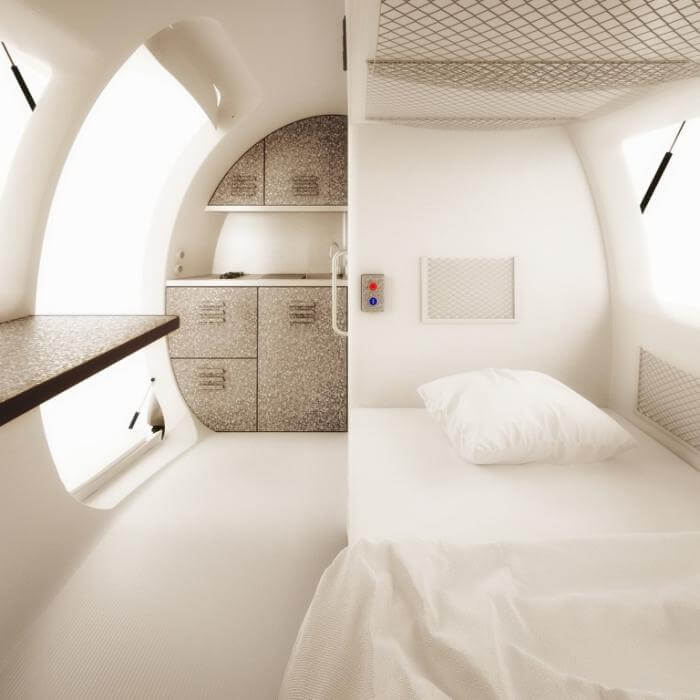 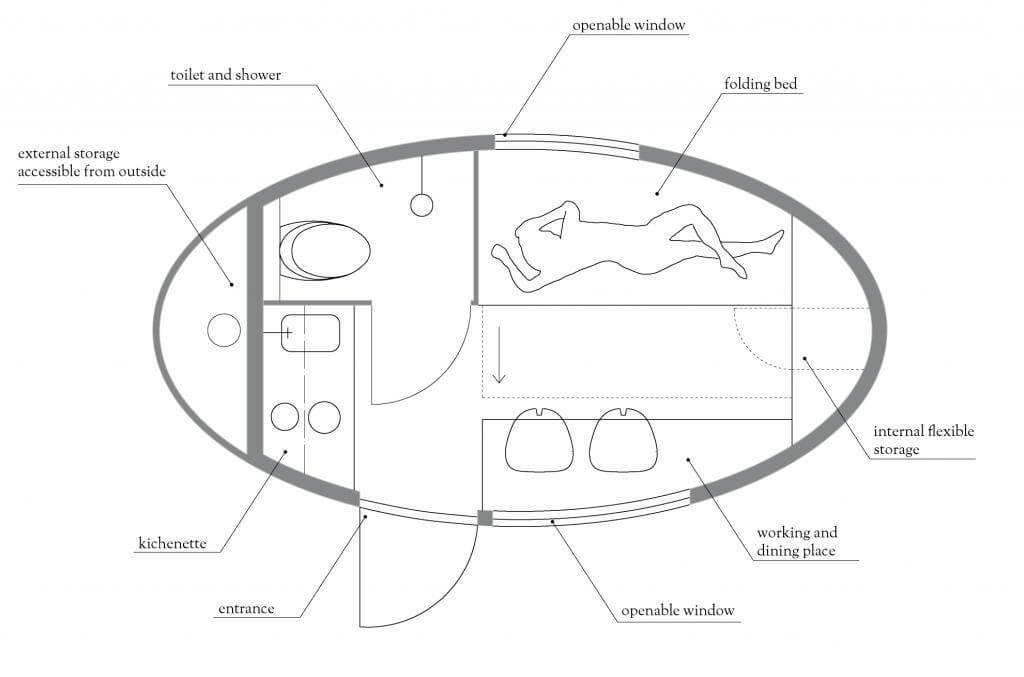